Armed with a world-weary Southern drawl and street parables which never glorify or sugarcoat a treacherous lifestyle, Alabama-native OMB Peezy frequently displays a maturity that belies his age (20 years old). Peezy’s Word Of Mouth documentary chronicles the youngster’s rise and how he emerged from obscurity into a partnership with E-40‘s Sick Wid It Records and 300 Entertainment. Premiered by HipHopDX, the 10-minute video features commentary from 40 and YouTube’s Music Lead Naomi Zeichner, among others, as they explain what makes Peezy’s music resonate the way it has in less than a year.

The Word Of Mouth documentary comes on the heels of Peezy’s new single “Doin’ Bad,” a collaboration with Baton Rouge’s YoungBoy Never Broke Again that is produced by Grammy-nominated Cardo Got Wingz. The single, which earned a nod on Zane Lowe‘s Best Songs of the Week and Spotify‘s coveted Most Necessary playlist, is the first off Peezy’s collaborative project with Cardo, due out in October. Also in October, Peezy will be joining Detroit’s Tee Grizzley on his nationwide Ain’t It A Blessing tour. The 13-city tour starts October 4 in Seattle and ends October 30 in Detroit, and will also feature performances by Chicago’s Lud Foe and Detroit’s Sada Baby.

Praised by The FADER as “the Future of Rap” and as the “New Voice of Regional Rap,” the 20-year-old Sacramento resident is a natural born spitter, with years of freestyling experience and a supernatural sense of songcraft. Born in Alabama, the 20-year-old Peezy moved to the west coast when he was 12, developing a reputation as a rap prodigy, building a following on YouTube, and gaining the respect of the new wave of Bay Area artists such as Nef The Pharaoh and legends such as E-40. In the past few months, OMB Peezy started to parlay his grassroots local fanbase into a national following, earning millions of combined streams on his singles like the Noisey-premiered “Pressure,”the Pigeons & Planes-premiered “The Hard Way,” and the virally popular hits“When I Was Down,” “Porch,” and “Lay Down,” which Pigeons & Planes listed at #14 in their halftime list of Best Songs of 2017 and found a prominent fan in Wiz Khalifa who vibed to the song in an Instagram story. In July, OMB Peezy earned a mention in the New York Times in advance of his sold out show at NYC’s Webster Hall. Beloved by fans and acclaimed by critics, OMB Peezy recently returned from a nationwide tour with SOB x RBE.

Tickets can be purchased online here. 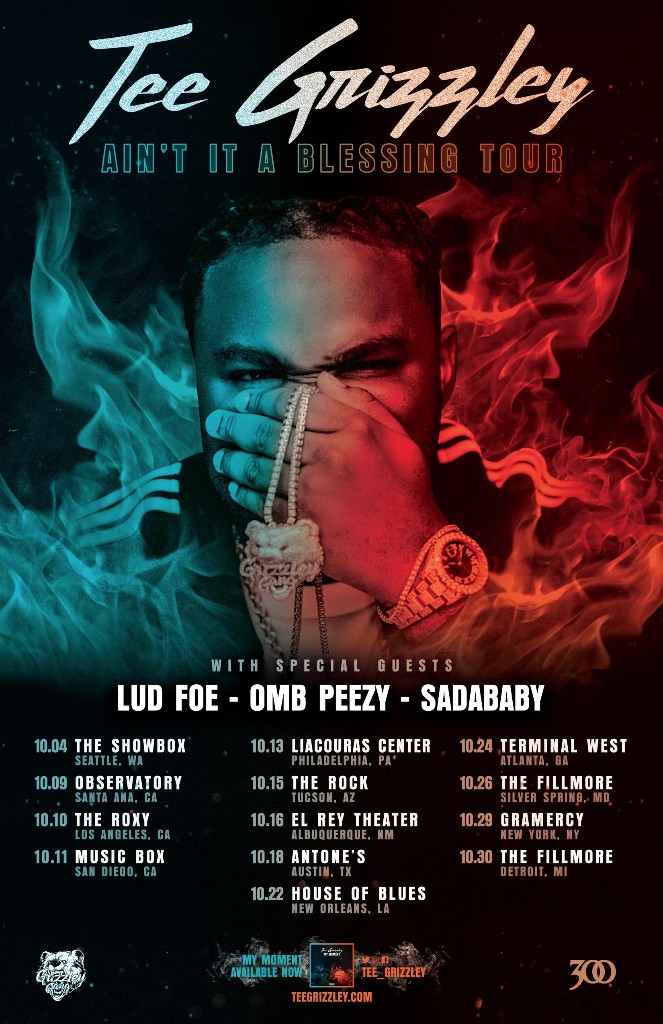