The Progress Report teamed with 411 Uncut & MGMG The Label to bring rising artists Blo5k to my hometown (Cincinnati, OH). During the tour, Blo5k got in the studio with local talent, performed in various clubs, and hosted a Blo5k Muzik listening party. Blo5k (Lil A & Fatt) is a Hip Hop duo based in Atlanta signed to an independent label called Murda Gang Music Group affiliated with rappers 21 Savage & Lotto Savage.
Blo5k embodies brotherhood, loyalty, and commitment.  They released their third project, Blo5k Muzik 2 September 1st hosted by DJ Show Out Time Hoodrich DJ Lil Keem.
“We came from nothing!” (Lil A)
Growing up poor, Lil A & Fatt did any and everything necessary to survive and music has always served as a therapeutic outlet for the two. Blo5k is now utilizing their platform to show people that it does not matter where you come from because dreams can be achieved with dedication, commitment and a positive attitude.
Already dominating the Atlanta strip club scene, Blo5k has since traveled to California, New York, and surrounding areas to perform their craft and is excited to share their story with the world.
Blo5k Muzik 2 features production from DJ Plugg, Dun Deal, & Shawty Red and verses from Trouble, Cool Amerika, Yung Ralph, 2 Crucial & 21 Savage. The tape also features a song dedicated to the late Bankroll Fresh.
Blo5k has several music videos and VLOGS available to view via Youtube and more visuals will be shot from the upcoming tape.
Keep up with the movement via IG @blo5k @b5lila @b5_fatt @mgmgthelabel. 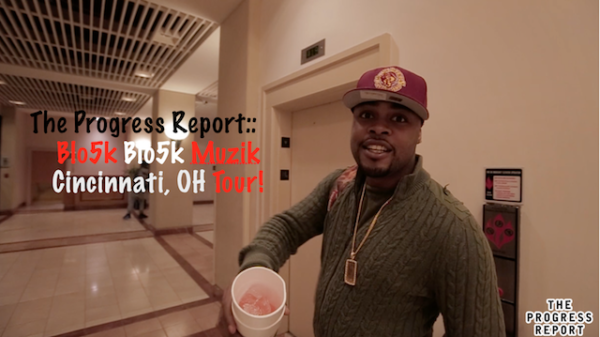 Be the first to comment on "Blo5k – Blo5k Muzik Cincinnati, OH Tour VLOG!"