Rising Atlanta duo, EARTHGANG, announced that they will be joining their fearless Dreamville (Interscope) leader, J Cole on his national Kill Our Demons Tourwhich kicks off next Thursday, August 9th in Miami, FL. The duo will also be joined by Young Thug, Jaden Smith and newcomer Will Edward — rounding out what is sure to be an incredible night of hip hop and live artistry.

Known for their enigmatic live performances, EARTHGANG, recently wrapped their Never Had Shit Tour with fellow labelmate J.I.D.  The latter tour came at the heels of the duo’s recently released EP, Royalty — part of a three-EP series that precedes the duo’s debut album, Mirrorland, which will be out this fall. The group also enjoyed a first with their single “Meditate” which appeared on an episode of FX’s Atlanta, listen to the song HERE. Dubbed VEVO’s Artist to Watch this year, EARTHGANG are on their ascent of becoming the industry’s most exciting new duos. For a sneak peek of what to expect live, check out their tour diary HERE.

For a full list of tour dates that EarthGang will be a part of, please see below or visit www.earthgang.net. 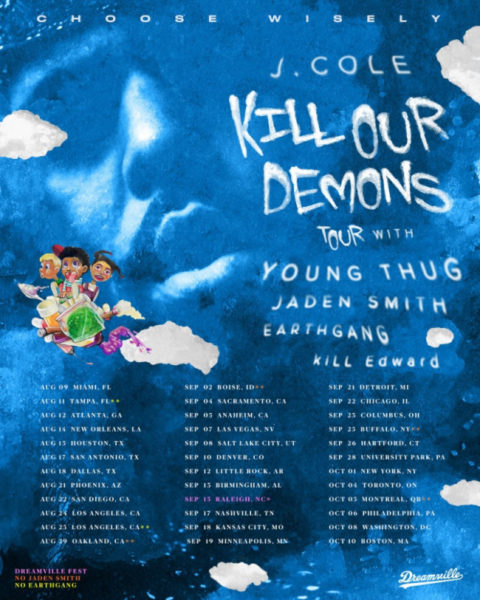 Be the first to comment on "EARTHGANG Joining J. Cole On Tour"