Gafa Gamy is a Hip Hop recording artist from Atlanta, GA. Music has always served as a safety net and source of relief for the emcee. From losing both parents at an early age and learning to be a man through the streets, Gafa realized his pain could be turned into a musical diary.

Gafa recently linked with DJ Scream and DJ Q of Memphis & MMG for his new project, Cocaine Slavery. The term “Cocaine Slavery” is interrelated to any industry, simply meaning that every type of employment contains a form of slavery. Based off the design of the American system, the big fish profits from the small fish, with no expectation that the small fish could ever dominate the big fish. Gafa’s music and story sheds light on the contrary.

Selecting DJ Scream & DJ Q to host Cocaine Slavery is both strategic and timely. Musicians must possess a mixture of street credibility, artistry, and pizazz to have such legends vouch for their movement.

Cocaine Slavery rides like an album, listeners can get a sense of Gafa’s personality and character from the records. Gafa is more than a hustler, he is a father, a brother, and an U.S. citizen. Records such as “Plug Talk” & “The Real Wold” detail conversations between a hustler and his plug and the importance of loyalty.

The project features verses from Atlanta’s music Gods, Gucci Mane & T.I. and an array of production from 808 Mafia, Mike Will Made It, Kash Clay & Gafa co-produced several records.

Stay up to date with Gafa via IG @GafaGamy & Twitter @Gafa_Gamy. 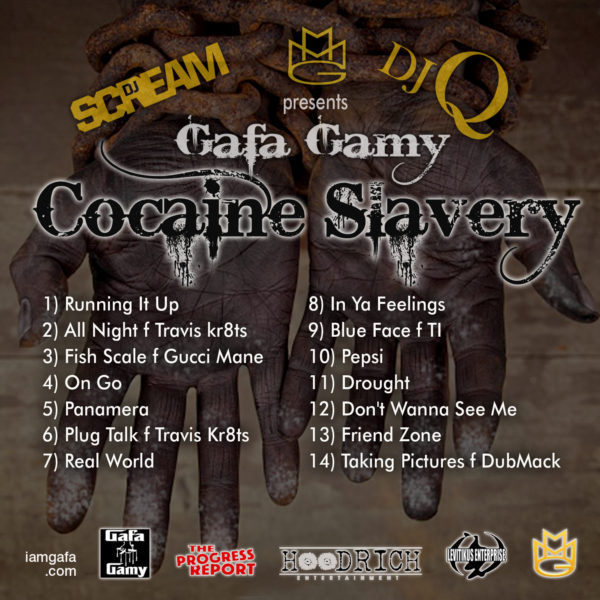 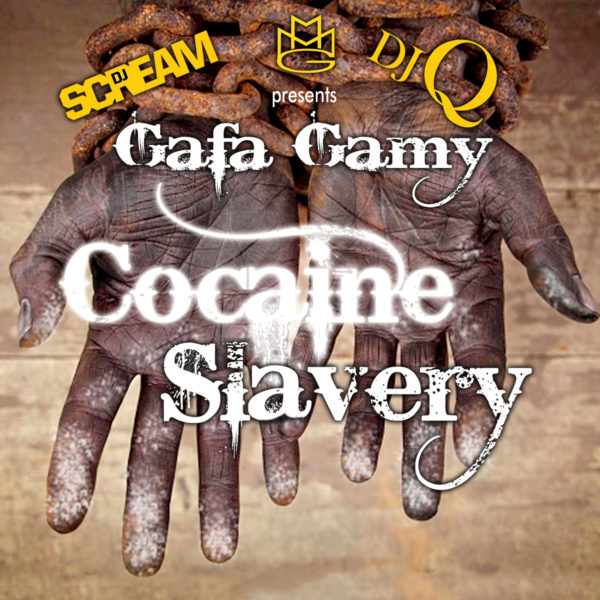